This round for three voices was written by Henry Harington. The date of when it was composed is unknown, but it is from the classical period. (1)

I wasn’t able to find an audio of the piece, but found a score in the Petrucci music-library. As suggested in my study-folder I tried to play the piece on the piano, first the three voices after one-another and then together. That I found, was quite helpful in terms of getting to know the structure and character of the piece.

The piece is meant to be sung slow and even though it is in a G-major Key-signature, I would describe its character as slightly dramatic and curious. Even though the sections are quite short, the round has a interesting chord sequence. 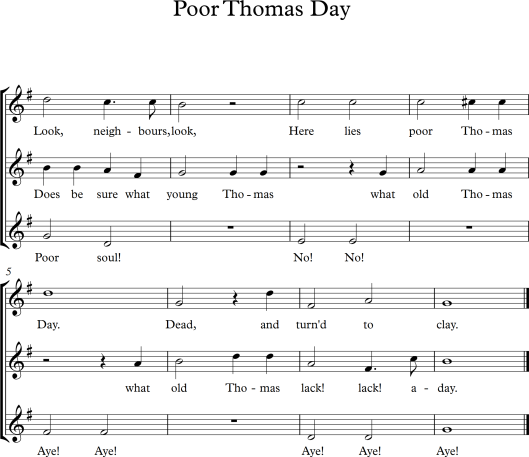 I wrote the piece down a second time to make it more legible, the original version was povided from the Petrucci music library.