The task for this project was to compose a descant for three out of five given pieces. (mostly simple structured folk songs). Seeing that I quite enjoyed doing the first three, I decided to do all of them.

The definition of a descant from my study folder is “ vocal improvisations, which were added over an existing tune sung by another singer“. From my former musical education, I know several other things about a descant already, which I tried to include or avoid. For example, that one shouldn’t have a  5th or a 8ve consecutive. It is furthermore important to include a contrary movement,  to make the piece sound more interesting, but one should be careful to not make the descant voice more important than the main one.

In the following examples the descant is always written above the main voice, which I adjusted with different dynamics. For the very first piece “Queen Pastores” , I had to change the key-signature from F-major to G-major in order to make it playable for the oboe, otherwise the tune would have been to low. 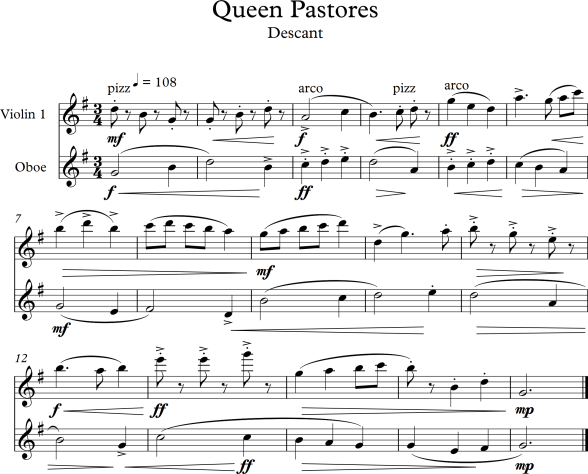 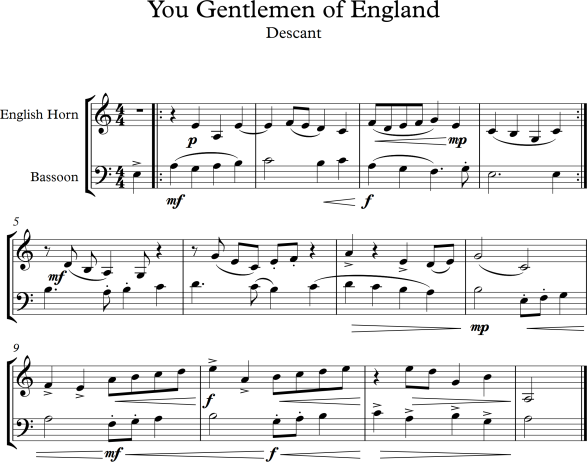 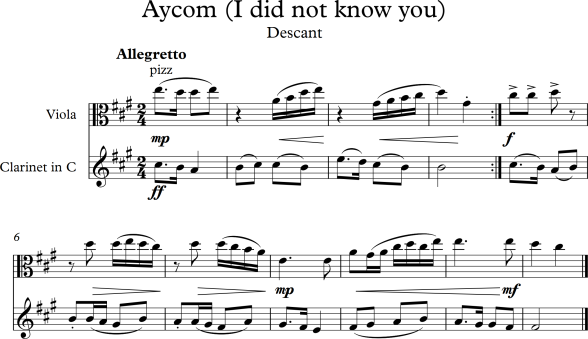 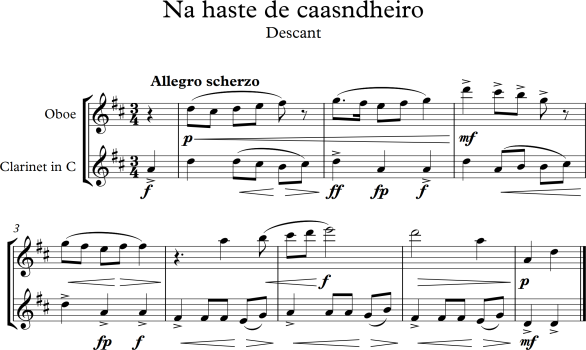