For this project I was asked to compose two short pieces which should include some examples of imitation, inversion, augmentation and diminution. 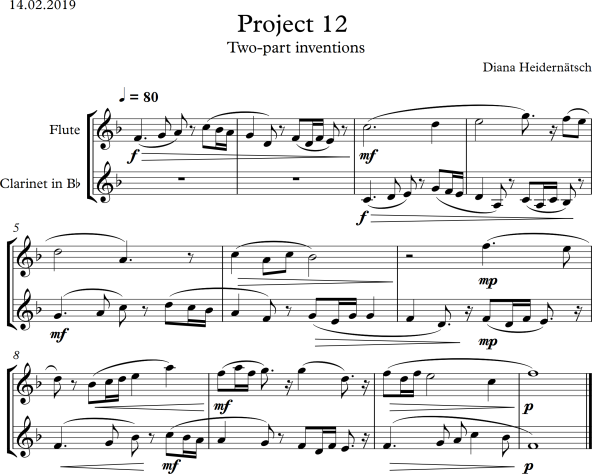 For this piece the theme consists of 12 notes, which can be seen in the first to bars for the flute. Until bar 6 the flute continues with a slightly varied augmentation starting on the dominant 5th (C). This is followed by an inversion and within the last three bars I used a variation of only the second half of the theme.

The voice of the clarinet starts in bar 3 with the theme on the dominant 5th (C) and is followed by a variation starting on the major 2nd (G), which only finishes in bar 7. In bar 8 and 9 the theme can be heard in its original form one more time and the clarinet finishes the piece by playing a variation of the beginning of the theme. 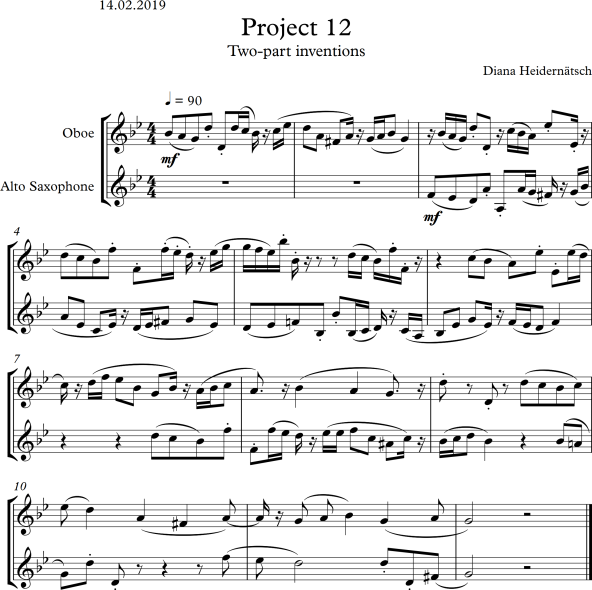 The voice for the saxophone starts in bar 3 with a variation of the theme, starting on f and is followed by an inversion on d. From the end of bar 7 to the beginning of bar 9 another variation can be heard, also starting on d. The last for bars only involve short motives from the theme.